With more than 3370 attendees, the 16th International Conference on Alzheimer’s and Parkinson’s Diseases took place on March 15 – 20, simultaneously in Barcelona, Spain and virtually on VirtuOz.

" The live video transmission worked exquisitely well, so that even onsite participants used them for convenience and personalisation of their congress experience. The Hybrid Forum discussions were a tremendous success with both onsite and online participants over multiple time zones. "

The Kenes Original Event AD/PD™ Conference 2022 marked the beginning of a new chapter in the history of the AD/PD™ series of conferences. By merging with the AAT-AD/PD™ Advances in Alzheimer’s Therapies Focus Meeting, AD/PD™ is now transformed from a biannual into an annual meeting, with a continuing focus on the ADVANCES IN SCIENCE & THERAPY of Alzheimer’s and Parkinson’s Diseases and related neurological disorders.

This year’s edition of the AD/PD™ Conference provided up to 42 points of CME/CPD accreditation to international medical and scientific professionals worldwide engaged in the neurodegeneration field, from basic scientists to clinical investigators, and from established leaders to young upcoming talents.

A large number of reports about the AD/PD™ 2022 have already been published, inter alia, by the Alzheimer’s Forum, Video Journal of Dementia, BioSpace and more. 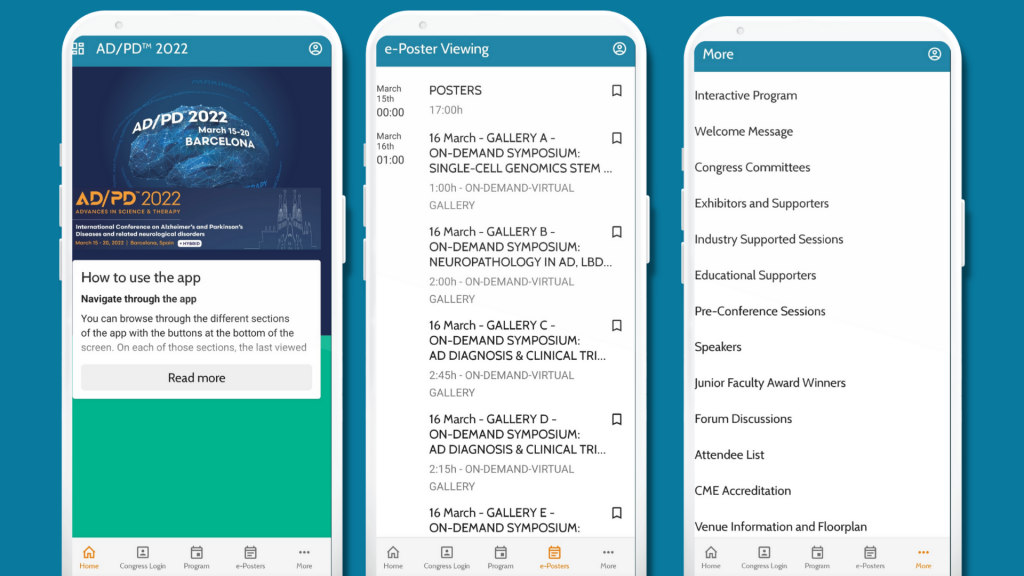 The lessons learnt from the virtual experiences in 2020 and 2021 were foundational for this successful execution of the first hybrid AD/PD™. During six consecutive days, there were six parallel halls – four of which were streaming in real time – 49 exhibition booths, 929 mobile app installations, 1,601 e-poster viewings and 107 sessions were broadcasted  live, with an engaged interaction from the delegates on VirtuOz who exchanged more than 1,200 messages through the Q&A and chat options during the event.

To ensure a smooth operation of the live broadcasting and the interconnection of speakers on-site and online, the IT department at Kenes assembled a support crew of technicians in Rome and another one in Lisbon. In total, 57 team members participated in the procurement of the hybrid format: 20 took care of the streaming, 30 produced the pre-recorded sessions, five moderated the Q&A, and two handled the monitoring of three cameras on-site.

In the words of IT Director Uzi Drori, the main challenges included:

“finding the appropriate technology, combining software and hardware, recruiting the right people, training them during the weeks prior to the conference and getting all the required equipment to the venue.”

“the live video transmission worked exquisitely well, so that even on-site participants used them for convenience and personalisation of their congress experience. Also, the Hybrid Forum discussions were a tremendous success with both onsite and online participants over multiple time zones.” 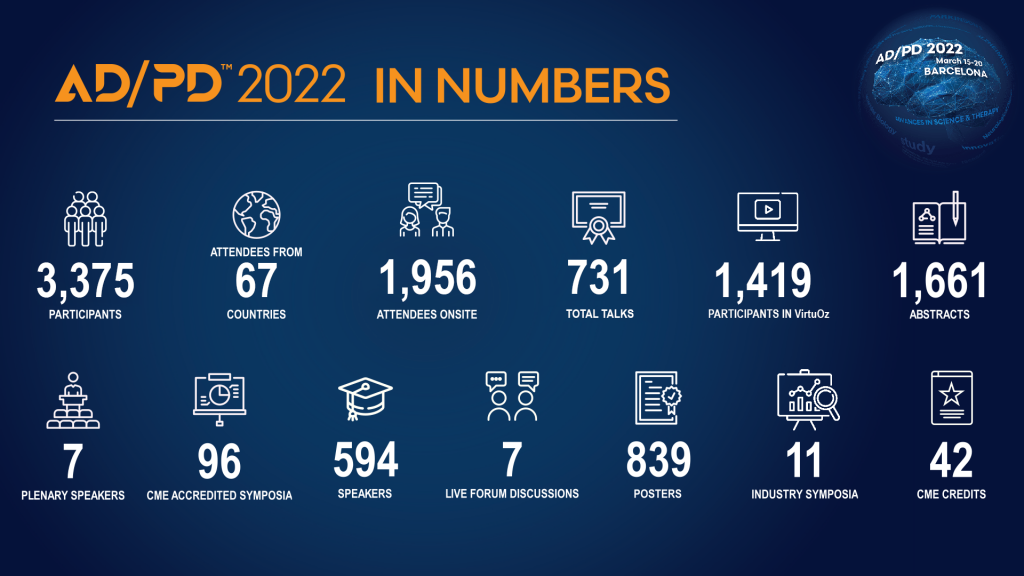 Social Media has increasingly been used by healthcare professionals to nourish the scientific conversation. Therefore, Kenes events have a strong focus on reaching the right audiences on social media channels during each congress.

The AD/PD™ 2022 had a noticeable impact on social media engagement. The most interaction of all was registered on the microblogging service Twitter where 962 users joined the conversation using the hashtag #ADPD2022, generating 3,316 posts and a total of 8.1 million views.

In total, 48 pictures were shared on social media as part of the Photo Contest. These are the two winning photos: 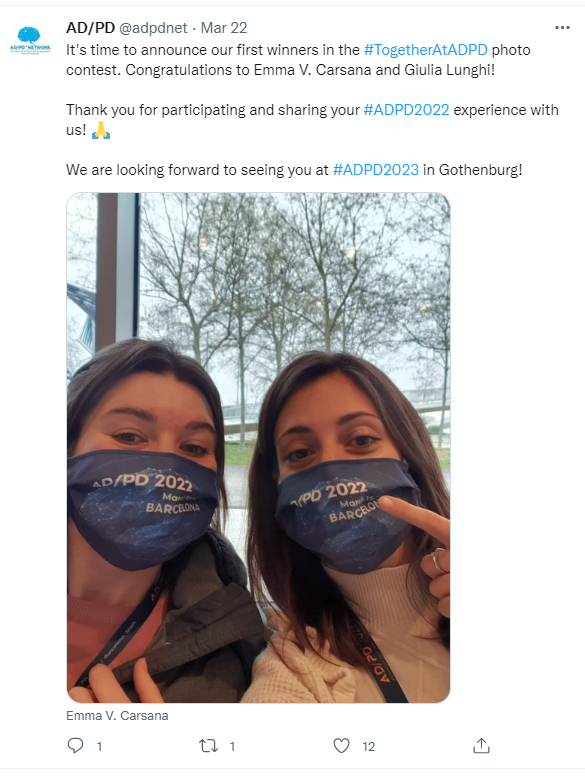 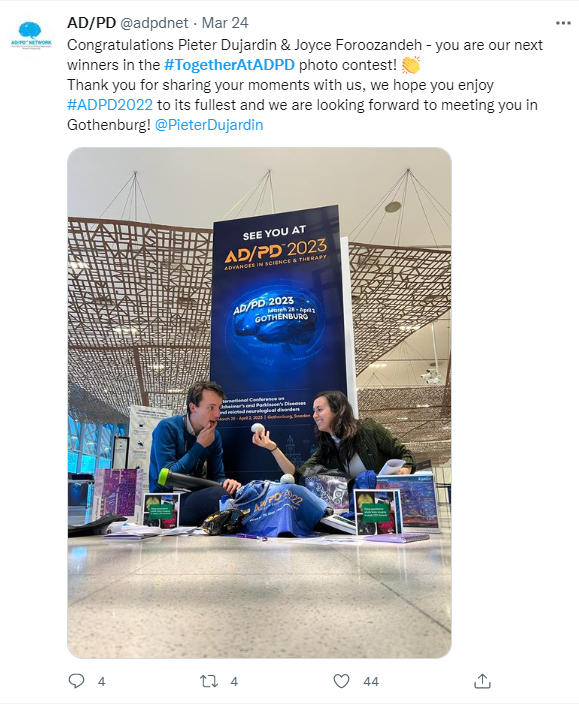